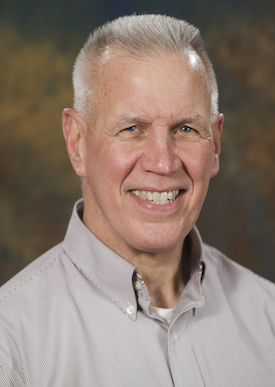 Kevin Craig attended the United States Military Academy at West Point, NY, earned varsity letters in football and baseball, and graduated with a B.S. degree and a commission as an officer in the U.S. Army. He played on the United States Baseball Team in the First Intercontinental Cup Championship in Italy in 1973. After serving in the military, he attended Columbia University and received the M.S., M.Phil., and Ph.D. degrees. While in graduate school, he worked in the mechanical-nuclear design department of Ebasco Services, Inc., a major engineering firm in NYC, and taught and received tenure at both the U.S. Merchant Marine Academy and Hofstra University. While at Hofstra, he worked as a research engineer at the U.S. Army Armament Research, Development, and Engineering Center (ARDEC) Automation and Robotics Laboratory.

He received the 1987 ASEE New Engineering Educator Excellence Award, a national honor. In 1989, he joined the faculty at Rensselaer Polytechnic Institute (RPI). At RPI, he served as Director of Core Engineering, the first two years of the School of Engineering, and as Chair of the Engineering Science Interdisciplinary Department. As a tenured full professor of mechanical engineering, he taught and performed research in the areas of mechatronic system design and the modeling, analysis, and control of multidisciplinary engineering systems. With significant continuous funding from both industry and government, he developed the Mechatronics Program at RPI, which included an extensive teaching and research laboratory and several undergraduate and graduate courses in mechatronics. He collaborated extensively with the Xerox Mechanical Engineering Sciences Laboratory (MESL), an offshoot of Xerox PARC, during this time. During his 18 years at RPI, he graduated 37 M.S. students and 20 Ph.D. students. While at RPI, he authored over 30 refereed journal articles and over 50 refereed conference papers. Emphasis in all his teaching and research was on human-centered, model-based design, with a balance between theory and best industry practice. At RPI, he received the two highest awards conferred for teaching: the 2006 School of Engineering Education Excellence Award and the 2006 Trustees’ Outstanding Teacher Award.

From 2007 to 2014, he wrote a monthly column on mechatronics for practicing engineers in Design News magazine. Over the past 30 years, he has conducted hands-on, integrated, customized, mechatronics workshops for practicing engineers nationally and internationally, e.g., at Xerox, Procter & Gamble, Rockwell Automation, Johnson Controls, Brady Corp., Pitney Bowes, and Siemens Health Care in the U.S., and at Fiat and Tetra Pak in Italy. He is a Fellow of the ASME and a member of the IEEE and the ASEE.

After a national search, in January 2008, he was chosen to be the Robert C. Greenheck Chair in Engineering Design, a $5 million endowed chair, at Marquette University. His mission was to integrate multidisciplinary design and discovery learning throughout the entire college, in all years and in all departments. He transformed students, faculty, curricula, and facilities throughout the college and created a new engineering education mindset and culture for innovation. He was given the 2013 ASEE North-Midwest Best Teacher Award and the 2014 ASME Outstanding Design Educator Award, a society award. He graduated his 21st Ph.D.

In the fall of 2014, he returned to the Hofstra University School of Engineering and Applied Science as a tenured full professor of mechanical engineering. He is the Director of the Mechatronics Laboratory, which he created with $1M funding from NYS / Hofstra, and also the Director of the Center for Innovation, a new center he created to collaborate with business and industry to foster innovation, where all intellectual property (IP) belongs to the sponsor. He has taught graduate courses as an Adjunct ME Professor at both Stony Brook University and NYU Tandon School of Engineering.